Just as the intersection of public safety and social work is quickly evolving, so are we. The NCPSW will soon become the National Association of Public Safety Social Workers, an organization that will include social workers involved in many elements of the public safety field. Planning is underway for the 2022 conference to be held November 1-3, 2022 in Indianapolis, Indiana. Join the mailing list for news.

In October 2021, industry leaders from the law enforcement and social work fields came together for the first time ever to explore successful methods and best practices for embedded social workers in police departments. Join us to continue the conversation in 2022 as we explore the integration of social work and public safety. More details are coming soon. Join the mailing list for news.
12:30 pm - 1:30 pm

Founding officer of the San Antonio Police Department’s Mental Health Unit in 2008, Ernest Stevens was featured as the primary subject in the award-winning HBO documentary, “Ernie and Joe: Crisis Cops,” was featured on ABC’s “Nightline with Byron Pitts” and in the NBC documentary “A Different Kind of Force.” A contributing author to the Amazon […]

The session will elaborate on the precautionary measures law enforcement agencies take to ensure the safety of embedded PSWs, including equipment and clearing calls prior to PSW engagement. The session will also cover safety considerations associated with the role of an embedded PSW versus a contracted social worker, working solo versus with officers.

The breakout session will focus on ethical considerations for embedded social workers. The panel will cover the Code of Ethics, including privacy and confidentiality, social justice, and articulating social work values, standards, and principles as an embedded PSW.

The breakout session will discuss the political environment that affects Law Enforcement agencies and the community including funding departments and the defunding the police movement, accountability within the department, and public safety policies.

Lunch on Your Own

The session will focus on integrating social work interns into law enforcement agencies and building relationships with school corporations and faculty. The panelists will cover how to start integrating interns and elaborate on student requirements that must be met including, supervision, direct hours, and competencies. The group will also discuss department and university policies to […]

This group will be group-based instead of panel-based. The group will discuss ways to promote their mental and physical health as an embedded PSW. The group will cover wellness after traumatic events/incidents, transitioning from work life to personal life, self-care and coping as a PSW, and how to navigate and cope with the political landscape.

The session will focus on all things data, including what data is collected and how it informs practice. The panelists will cover data privacy and the importance of confidential documentation for PSWs.

Dr. Andy Young has been a Professor of Psychology and Counseling at Lubbock Christian University since 1996 and a negotiator and psychological consultant with the Lubbock Police Department’s SWAT team since 2000. He also heads LPD’s Victim Services Unit and is the director of the department’s Critical Incident Stress Management Team. He has been on […]

Final Q&A: What's next? Fitting PSWs Into Your Community

Dr. Andy Young has been a Professor of Psychology and Counseling at Lubbock Christian University since 1996 and a negotiator and psychological consultant with the Lubbock Police Department’s SWAT team since 2000. He also heads LPD’s Victim Services Unit and is the director of the department’s Critical Incident Stress Management Team. He has been on the negotiating team at the Lubbock County Sheriff’s Office since 2008, is on the team at the Texas Department of Public Safety (Texas Rangers, Special Operations, Region 5), and has recently been asked to serve as the psychological consultant on the Amarillo Police Department’s negotiating team. He is the author of, “Fight or Flight: Negotiating Crisis on the Frontline” and “When Every Word Counts: An Insider’s View of Crisis Negotiations”, which contain mostly stories about his work as a crisis counselor and hostage negotiator at LPD (see www.DrAndyYoung.com). He was added as a third author for the 6th Edition of “Crisis Negotiations: Managing Critical Incidents and Hostage Situations in Law Enforcement and Corrections”. Since 2014 he has spoken nationally and internationally at numerous hostage negotiator conferences, as well as other professional and academic conferences on crisis intervention and hostage negotiating. 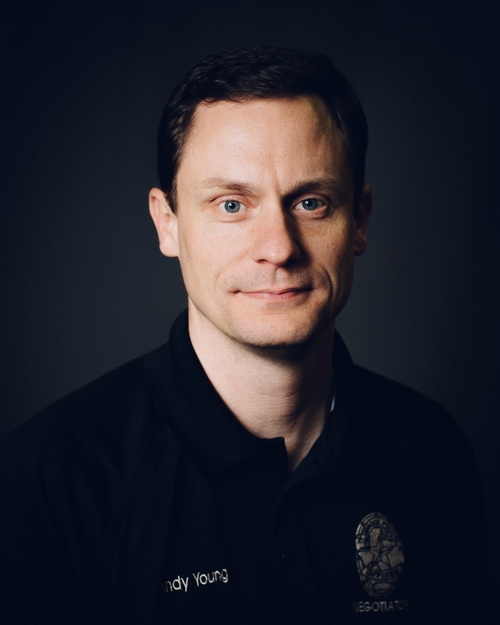 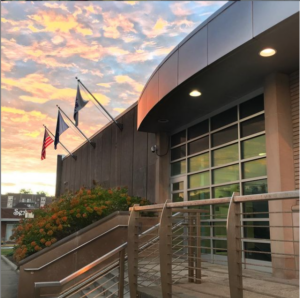