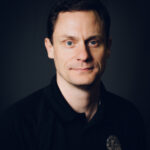 Dr. Andy Young has been a Professor of Psychology and Counseling at Lubbock Christian University since 1996 and a negotiator and psychological consultant with the Lubbock Police Department’s SWAT team since 2000. He also heads LPD’s Victim Services Unit and is the director of the department’s Critical Incident Stress Management Team. He has been on the negotiating team at the Lubbock County Sheriff’s Office since 2008, is on the team at the Texas Department of Public Safety (Texas Rangers, Special Operations, Region 5), and has recently been asked to serve as the psychological consultant on the Amarillo Police Department’s negotiating team. He is the author of, “Fight or Flight: Negotiating Crisis on the Frontline” and “When Every Word Counts: An Insider’s View of Crisis Negotiations”, which contain mostly stories about his work as a crisis counselor and hostage negotiator at LPD (see www.DrAndyYoung.com). He was added as a third author for the 6th Edition of “Crisis Negotiations: Managing Critical Incidents and Hostage Situations in Law Enforcement and Corrections”. Since 2014 he has spoken nationally and internationally at numerous hostage negotiator conferences, as well as other professional and academic conferences on crisis intervention and hostage negotiating.